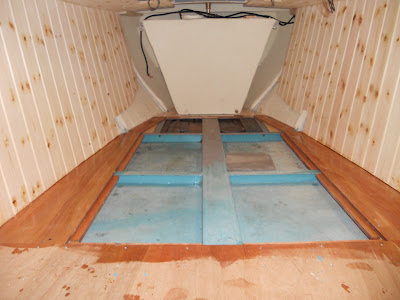 To protect the sub floor against any water that may get into the boat and below the oak floor (which will be installed later in the fit out) the sub floor will be varnished.
The photo above shows the area under the tug deck thus treated with the removable panel allowing acces to the bilge (for ballast adjustment) removed for access to the panel end grain.

The sides and ceiling of the area have at this stage been filled, sanded and treated with knotting prior to painting. The boarding near the front will be completed later when convenient - and to use up offcuts.
The boarding shape is slightly different between the port and staboard sides as the wiring is routed along the starboard side.

Below is the removable panel which has been varnished. 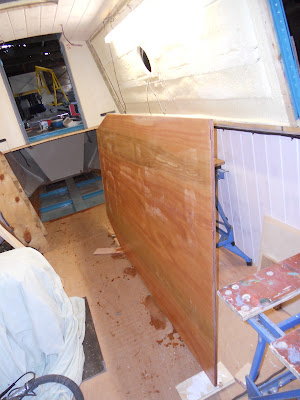 The bedroom and bathroom area were also treated and the rest of the boat will be varnished in the same way as convenient during the fit out. ie For instance, the saloon was in use as a workshop area at this time. 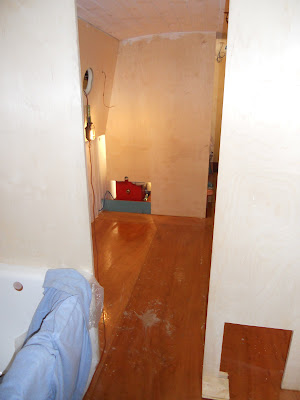